I have hashi’s, as I’m sure I’ve mentioned many times in previous posts and that’s where it all seems to begin when I tell my story.

I don’t think I give enough credit to my thyroid in all honestly. It doesn’t effect me as bad as my other illness’s do. However just because it isn’t debilitating as such, doesn’t mean I don’t suffer still as a result, like many others. I have to give it to all the ladies (and the odd few gents) who deal with it, I really do. I often think because it isn’t as ‘chronic’ as chronic illness’s go, the illness itself and the people suffering from it are completely, without a doubt, overlooked.

I’m pretty confident doctors don’t really give two about the condition either. Take this and you’ll be fine, they said. Guess what doc, not fine! As always, if you’re not familiar with the condition, Hashimotos is an autoimmune disease of the thyroid. In other terms, the thyroid is slowly destroyed by your own body. The immune system attacks the thyroid, thinking the thyroid is inflicting harm to the body. If you haven’t already put two and two together, it’s not ideal by any circumstances.

One of the biggest problems I find many with hypothyroidism (the end result of a dead ass thyroid) have, is the medication. First of all, if you live in the UK you only have one option in terms of medicine as a replacement hormone for the thyroid. Secondly, you don’t have a choice to whether you can take it or not. Thirdly, the medication has some really crappy side effects that no one really wants. Well, not at all really. And last but not least, the doctors have a good habit of putting you on a dose that’s too low for you to properly benefit from. Long story short, you experience the side effects of the medication but none of the beneficial factors on a dose that is sometimes ‘scientifically fine’.

Immune systems, aren’t they great? No, not when you have a dead thyroid replaced with artificial hormones. You think having a cold is bad? Try having it twice as long with added fatigue. Thanks to my none existent immune system, I caught cryptosporidium too. Yes, a notifiable, horrific disease all because of this one little gland that decided to go sleepy on me. Speaking of things that don’t function properly, my metabolism. I swear to god, I can put 10 pounds on from just looking at a chocolate bar. Another lovely side effect of a dead butterfly gland; losing weight is really hard and essentially really tough to get to grips with mentally. I could exercise my butt off and lose half the weight most people lose from a daily stroll. The joys.

Fatigue, insomnia, bad hair and nails, weight gain, constipation, memory loss and joint pain. It’s all really tough. However, the thyroid being a gland that controls the hormones means a lot of problems in the womanly areas. Miscarriages are a very real result of an underactive thyroid. Like myself, some doctors worry that puberty will be late or never actually fully arrive. Having such a bad thyroid (150+ for me) meant questioning the possibility of ever having children or even having a period. Thankfully I did start my periods (not really thankful anymore, cramps suck), but it doesn’t mean I won’t miscarry when I’m older like countless other woman. I have to plan ahead of time, plan when I want a child and up my dosage significantly. Otherwise, getting pregnant in the first place is incredibly hard, maybe impossible for some.

Back to my original point. Having thyroid problems isn’t the end of the world, and again isn’t a chronic as chronic illnesses can go but there’s no denying the miserable experience some woman endure. The medication sucks and the illness is over looked as a minor things gone wrong, doctors and people. I had a teacher with the same condition tell me I was being a baby because she was fine with hers. Well that minor thing gone wrong can be really tough for a lot of woman, not to mention the symptoms, the meds AND the increased risk of diabetes, arthritis and alopecia. Don’t overlook someone’s medical problem just because it doesn’t land them in a wheelchair. Us thyroid gals are strong.

6 thoughts on “Hashimotos; where it all began”

the return of the sausage legs aye.. I get one of my wisdom teeth out tomorrow, think I'll be using that as an excuse to actually chill for a bit tomorrow, I need a real good nap 😂😴
I really really really want pink hair again
this week has definitely been a crazy one, I'm pretty thankful for the weekend ngl 😂 had 2 tests this week to see how my stomach does its thingy, how quickly and how much my EDS is affecting it and all that jazz. first one was pretty easy, just boring to be honest, the testing went on for roughly 4 hours - bit of a ball ache but easy enough, although I was hobbling around with a knee cap out. yesterday just sucked ass massively, I didnt panic which I'm dead surprised with (kinda proud too ngl), considering I was bricking it with the endoscopy the most 😂😅 I decided I wanted sedation as well as the throat spray so I had a cannula put in, then did the whole fun thingy. I dont remember alot of it, but I remember how difficult it was to swallow the camera and then breathe while it was doing its thing 😂 spent a bit in recovery then slept the rest of the day pretty much. next week is the wisdom teeth out and then a couple weeks time after is my last test, so hopefully I get a break from them all for a while 😂🤔
if anyone fancies taking me somewhere really sunny and pretty on holiday, would be much appreciated tyvm xox
I'd like to purchase a new body please, this one seems faulty as shittttt rough night ahead I think, although I'm feeling 10x better than I did a couple hours ago so that something 🤦‍♀️ actually had a real good day looking around the local tattoo thingy bobby with one of fav hoomans so was worth the feeling crappy now thing so in other news, loving the fact I've got 3 hospital appointments next week that I'm very much dreading but the one I actually want to go to has been pushed back another 3 months 🙃 wooooooooo also, one last thing. I've got a bad joke so I went to the doctors today because I can't stop making airplane jokes.. doc says its terminal lmao okay byeeeeeeeeeeee
sooooooooo I spent the majority of my afternoon with my legs elevated, loving ths POTS flare life 😂 felt like face planting the floor a couple times as you do 😎 kinda had a tough day today, havent felt genuinely that sick and nauseous for a good while, so even keeping anti sickness meds down didnt go to plan. I've also got some tests coming up for my dodgy tum! if anyones got any experience with any stomach tests, specially camera down throaty ones, pop me a message? I have a few questions 😂😭 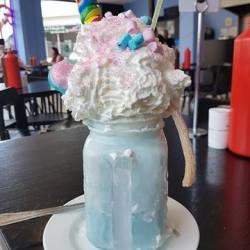 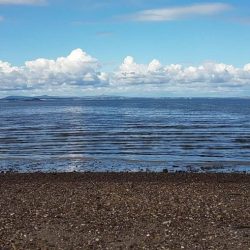